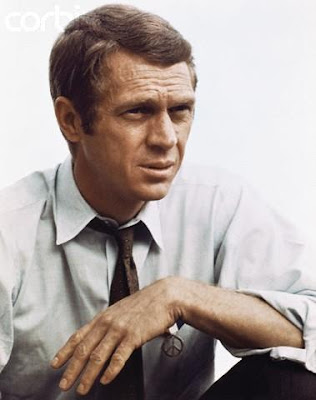 Steve McQueen is cooler than you are, no offense but he was cooler than anyone else. His style is natural and is easily bolstered by his exorbitant confidence. McQueen's fashion looks unstudied, as if he had no forethought on the clothes he choose to wear, they just happened to to look that good. His style was classic and upscale, while never sacrificing his attitude and devil may care attitude. Confidence and nonchalance, two keys to the sprezzatura style, were constants in McQueens wardrobe.

McQueen was able to wear a turtle neck and jacket better than anyone before him. He wore it so well, that it almost eliminates that option for most men, as it is tough to measure up to the look that McQueen owned. McQueen made motorcycles obtainable and cool, he brought Persols to the main stream, he made shawl collar sweaters not look like an old mans sweater and allowed men to wear chinos while riding a motorcycle. He even twisted his tie like Agnelli. 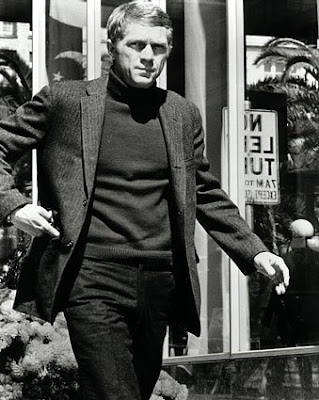 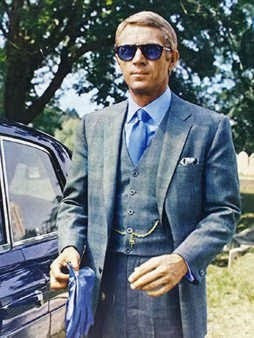 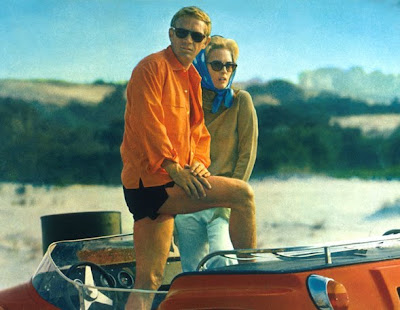 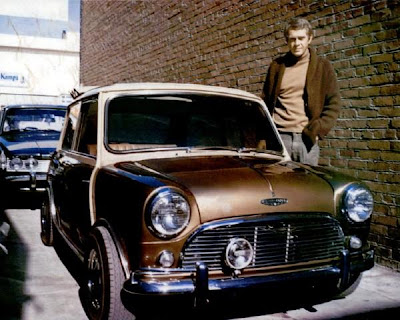 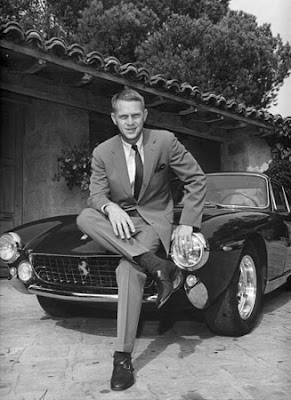 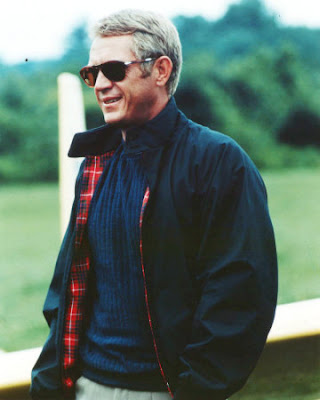 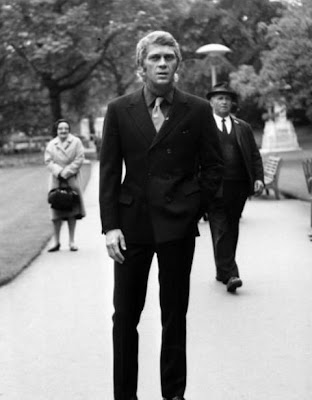