Chucks & Jacks - How to wear them, Suit and all 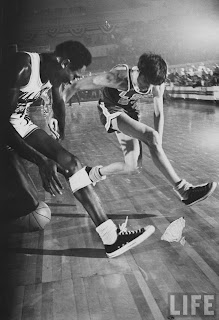 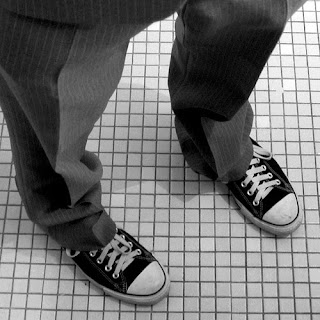 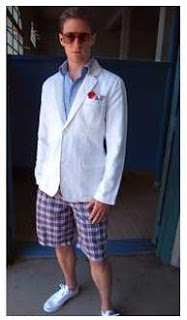 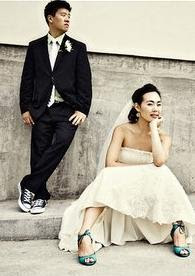 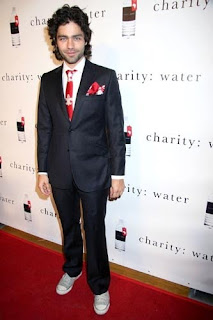 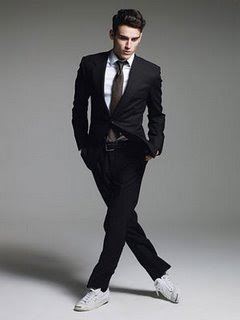 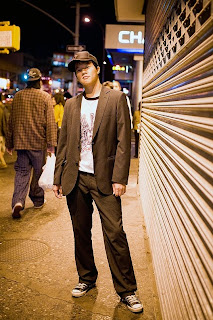 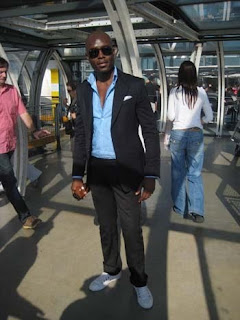 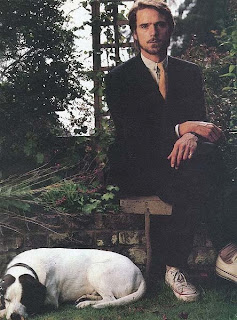 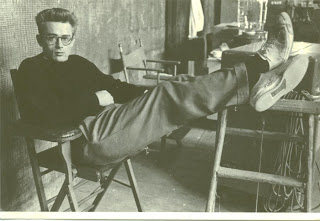 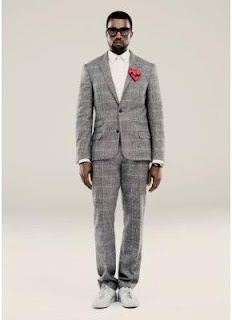 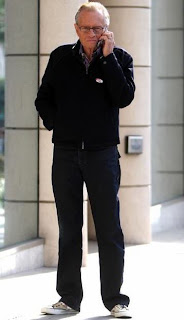 In recent years, Chucks & Jacks have made a resurgence in modern fashion; a resurgence not in the sense of a comeback, since they are ubiquitous, but instead in their use as not only a casual shoe but also as a companion piece for suits. I love wearing slip on Jacks or Chucks with shorts or jeans, but I like wearing them with a suit even more. Once again this is where style has to be personal. If you don't like the look of Chucks with a suit, I am sorry for you, but just don't wear it. It personally fits my style and are shoes that I will wear with any outfit. As long as you aren't wearing Jacks into the office with a suit, anything will fly.

The pictures above are some of my favorite ways to dress up chucks, done by common folk and celebrities. I love the pictures of Pete Marovich and others playing basketball in Chuck Taylors, its really the bees knees. James Dean as always looks so laid back and natural in his style and the pair of worn in Jack Purcells add a great ease to the style.

I like them worn with a simple suit that has good clean lines. Loosen the tie a bit, un-button the top button and don't forget the pocket square. Wear a casual belt or a casual watch, but not both. Leave the socks at home for the day and enjoy that you have comfy shoes on your hogs. Its old school cool with a twist, now act like it.

Posted by Sprezzatura at 8:48 AM