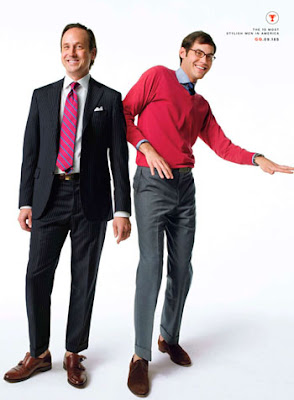 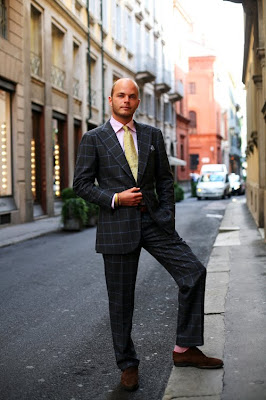 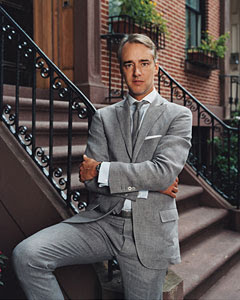 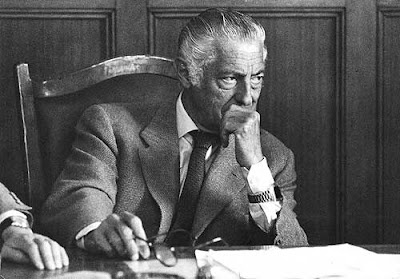 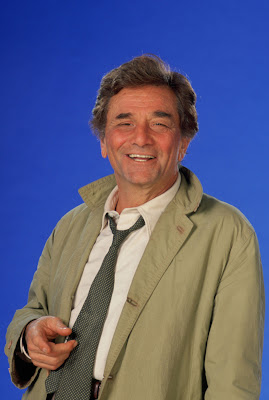 Whether you want to call it nonchalant, unstudied, carefree, artful dishevelment, sartorial rebellion, or sprezzatura, the concept is the same: men’s outfits should never look too perfect. An outfit should rely on the tailoring and fit rather than an obviously studied presentation of colors and fabrics and patterns. Does this mean that style should not follow rules, classic idioms and social norms? No, it is important that the rules are known, understood, internalized and most of the time followed. Dressing with the confines of societal norms is necessary, especially at events that call for it. Wear a shirt, jeans and Chuck Taylors to a job interview and you most likely won’t get the job. Wear a tuxedo to the office and you will be laughed out of the building. Wear a conservative suit and tie combination on a first date and you will come off as stodgy and boring. Wear a white linen suit to a Christmas party and you will forever be remembered as “that guy”.

At the same point, if you always make sure that your pocket square matches your tie exactly, your shirt is extra starched and no fashion rule is ever broken, then your wardrobe will make you seem like an un-original try-hard who is downright unapproachable. But if you break some rules and make your style nonchalant, cool and modern, you will come off as a cool and hip guy with a great sense of style. After all we are men and part of our charm is our idiosyncrasies. Ask any married woman why she really loves her husband and you will get a list of things he does wrong that she loves about him, a list of enduring faults that he has and will be able to change. Our charm comes from our lack of perfection, so should our style reflect our own lack of perfection? I certainly can embrace imperfection as an asset and can flaunt it in my personal style. But how can I accomplish this without looking like uncoordinated style misfit?

First, let’s understand what sprezzatura means and where it comes from. Sprezzatura, is a term that originates from Baldassare Castiglione’s The Book of the Courtier. It is defined as “a certain nonchalance, so as to conceal all art and make whatever one does or says appear to be without effort and almost without any thought about it.” Otherwise defined as "Artful Dishevelment". When I think of the embodiment of sprezzatura, I think of Columbo, the TV show from the 1970s. Not for his dress (even though it was very sprezzatura), but instead his carefree, nonchalant demeanor that had a distinct and measured purpose. Columbo would catch people off guard with his hap-hazard demeanor and yet was calculating using his nonchalance as an asset. That is my goal with fashion, to be studied, measured and calculated in what I wear but make it look effortless, carefree and artfully disheveled. It takes a lot of planning to look unstudied.

Since style changes based on the occasion this has a wide range of implementations and execution depending on what, where and when of the outfit is worn. An interview, a date and a normal day at the office all call for a different style and level of formality. This also calls for a different level of carefree dishevelment that is portrayed in the outfit.

For a formal and proper occasion, like a black tie event, the outfit’s carefree nature should be in the subtle details. An informal patterned pocket square, a cuff link missing a loop, a tie or bow tie that is tied just slightly crooked, an un-buttoned surgeon’s cuff button, an informal bracelet or two worn with a watch, an antique watch with a leather band with a natural patina, a red carnation in the lapel (instead of a more formal corsage), unusual or brightly colored socks, or an older belt with natural subtle distressing. Implementing one or two of these elements will provide the outfit with subtle sprezzatura while still allowing the wearer to fit into the event without looking out of place, or badly dressed.

For less formal events and occasions the same techniques as above can be implemented, as well as more overt and bold sprezzatura. This is where personal style comes into play. For some a hap-hazard ironing job and a twisted tie are extremely disheveled, while for others these are just the standard implementation of daily sprezzatura. While one man can pull off red driving shoes with jeans and a white linen coat, another man would not feel comfortable and confident in the outfit. Some men feel that wearing jeans at all is wildly rebellious, while another man may need to wear tattered and distressed jeans to reach the same level of sartorial contradiction, considering his personal style. Sprezzatura is the broken and bended rules in a man’s outfit, idiosyncrasies of his personal fashion.

As you will see with the experts of sprezzatura, each man’s implementation is filtered through his own style lens. It is personalized and distinct to his own set of fashion rules and acceptable gray areas. Lapo Elkann and Luca Rubinacci, for example, have bolder and more extreme implementations of sprezzatura then Gianni Agnelli. Yet, all three of these style icons, have their own unique version of sprezzatura that would not work for another man. Rubinacci’s bright blue slacks do not work for Elkann or Agnelli. But then Agnelli’s watch worn over his cuff would look wrong on Rubinacci or Elkann’s wrist. Take a look at how these men implement sprezzatura, personalize it and make it their own. What is your sprezzatura technique? I would love to hear your personalization.

Gianni Agnelli – the Godfather of modern sprezzatura. He dressed off kilter because he wanted to put people at ease, not because it was cool or "in fashion".

Lapo Elkann – the son of the Godfather of modern sprezzatura. He took sprezzatura to a whole new level.

Sid Mashburn – one of GQ's Ten Most Stylish Men in America. His style is a perfect mix of Southern charm and Italian sprezzatura.

Luca Rubinacci – no one does modern day Italian sprezzatura better. He reinvents style everytime he wears an outfit. A brilliant mix of extreme sprezzatura and Italian tailoring.
Posted by Sprezzatura at 6:30 AM