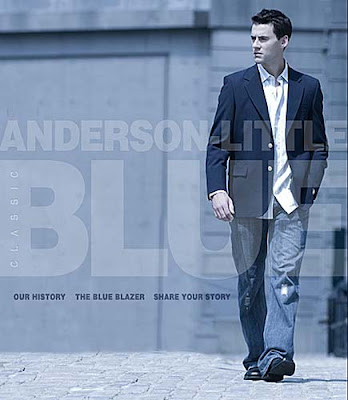 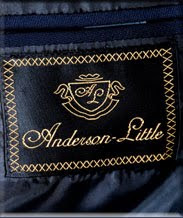 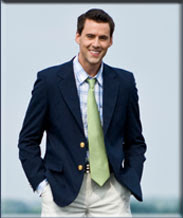 Looking for a nice Navy Blue Blazer? Check out Anderson Little. They are an American company with an American made Navy Blazer for only $139 and free shipping. It is a classic navy blazer, with brass buttons and classic styling. Perfectly classic version of the essential blazer.

Anderson Little is an old school company with a long American history. The history is detailed on the website as:

Anderson-Little was founded in 1933 by Morris B. Anderson, and began as a manufacturer of fine men’s clothing in Fall River, Massachusetts, and pioneered the concept of “factory direct to you” following World War II, when it opened its factory showroom directly to the public, for retail sales.

Driven by the strength of this concept, by 1960 Anderson-Little had 11 retail outlets selling “factory direct to you” in Fall River, New Bedford, Providence, Hartford, Worcester, Springfield, New Haven, Bridgeport and other major markets in New England.

Stuart Anderson, Morris’ grandson, joined the management team after his graduation from the Wharton School of Finance. By 1966, this family business had grown to 40 outlets and had become one of the most recognizable brand names in New England, and the company was sold to Richman Brothers, a national chain headquartered in Cleveland, Ohio.

Certainly glad that we can still find well made inexpensive clothes that are made in the states. This looks like a good start.
Posted by Sprezzatura at 6:00 AM