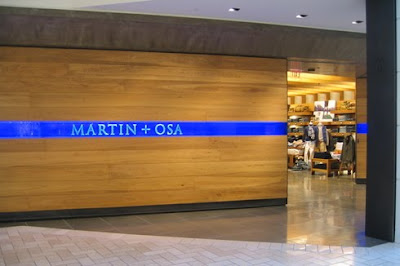 I happened to stumble across a Martin + Osa store yesterday and was pleasantly surprised. From the outside looking in I expected a more expensive version of JCrew meets LL Bean, instead I found a fairly reasonably priced JCrew meets LL Bean. The prices are actually in line with JCrew and the clothes have their usefulness in the clutter that exists, some pieces were even downright affordable (like JCrew and other corporate store fronts). 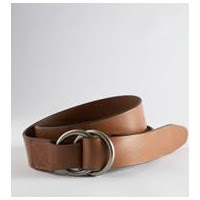 I like the O-Ring Belts at Martin + Osa, a great look in a full leather belt. This would look great with chinos and jeans and a sport shirt. They often showed the look with a shirt underneath and sport shirt unbuttoned, which is a look that is great on manikins and horrible on humans, but aside from that those belts are a great addition to add some flair and uniqueness to a wardrobe. 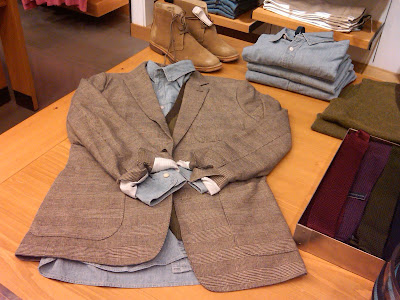 The second items that stood out considerably was the casual jackets sold at the store. The fabrics used were not commonly seen in the colors shown and are great for odd jackets. The major bonus was the cuff buttons were working buttons, otherwise known as "surgeon cuffs" and typically only seen on really well tailored jackets. This was a nice touch and could help add sprezzatura to an outfit if left unbuttoned.

The last piece worth mentioning were the jeans, as they came in three useful cuts: Vintage Slim (preferred), Super Slim (only useful to super skinny guys) and Straight (preferred by men with extra girth). The jeans were reasonably priced $79 - $99, but aside from cut had no discernible advantages to any other pair of available jeans. 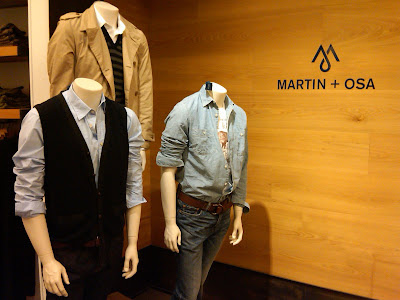 As a whole the store was nice to look at and had some bargains to be gained and unique pieces. It certainly has its place but will probably not be a favorite destination of mine, rather a way point when convenient.

Lastly, I will be out of town on business the next few days and will not be able to post. I will miss you all but promise to return with a vengeance next week, probably on Wednesday.
Posted by Sprezzatura at 6:00 AM